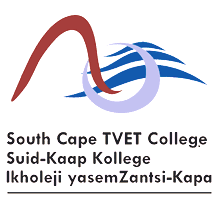 The management and coordination of the campuses happen at the central office, located in George. All senior management team members are centrally located there.

The institution was established in the year 2000 and was the pilot site for College mergers in South Africa. SCC comprises of the amalgamation of the following colleges:

After the successful integration of the SCC amalgamation, other college mergers followed suit from 2002 onwards.

Changes such as the South Cape TVET College merger were not without their growing pains. Staff had to adapt to change as there was now a Central Office, and each previous Technical College was now a Campus of a bigger Institution and could no longer make autonomous decisions.

George College was established as a part-time institution and started offering classes for the first time in January 1968. In 1976 the first full-time Principal took office and the first full-time students were enrolled. In 1987 the College moved to its current premises in Hibernia Street and in 1996 a new wing, comprising eight new classrooms, a new administration block and an ablution block was added.

The Campus operation offers full-time tuition and has established an excellent reputation, locally and nationally. A recent survey has also shown that most students have secured employment within a year of qualifying.

Courses are adapted accordingly to be relevant and include external practical experiential learning within business and industry.

Iconic One Theme | Powered by Wordpress